The farmers have been sitting at the Delhi borders since November last year demanding the repeal of the three farm laws passed by Parliament in September last year. The government has held multiple rounds of talks with the farmers but the deadlock still continues.

Farmers have refused to budge from their agitation against the three central farm laws even as their agitation completed 300 days on Wednesday. Samyukt Kisan Morcha (SKM) – the umbrella organisation which is spreaheading the protest – said that the movement is a testimony to the will and determination of lakhs of farmers across the country that would only grow stronger.

The 40 farmers organisations under SKM have given a call for “Bharat Bandh” on September 27, which the protesters said will make their movement stronger.

“Various sections of the society are being reached out to by farmers’ outfits in different parts of the country to get their support and solidarity to the farmers’ cause, which is also becoming a movement to protect India’s democracy,” the SKM said in a statement.

Here are the latest developments about September 27 Bharat Bandh:

• The All India Bank Officers’ Confederation (AlBOC) has extended its support to ‘Bharat Bandh’. AIBOC requested the government to re-open dialogue with the Samyukta Kisan Morcha on their demands and rescind the three contentious farm laws.

• Meanwhile, the SKM said that workers’ unions, trade unions, employees’ and students’ unions, women’s organisations and transporters’ associations are being roped in for the planning of the “bandh”.

• The chief of Bharatiya Kisan Union’s (BKU) Chanduni faction in Haryana Gurnam Singh Chaduni on Wednesday said the farmers sitting at Delhi’s borders will not budge till three contentious farm laws of the Centre are repealed.

• Farmer leader Ravi Azad said the roads of Delhi will not be opened till the three farm laws are scrapped.

• The Haryana government formed a high-powered committee earlier this month to hold talks with the protesting farm union leaders over the clearing of blockade on National Highway-44 at the Kundli-Singhu border. However, the farm union leaders did not attend the meeting.

• Haryana home minister Anil Vij said in Chandigarh on Wednesday that the Supreme Court will be apprised of the development.

• The court had last month said the Centre and the neighbouring states of Delhi should find a solution to the road blockades at the borders of the national capital.

• The farmers have been sitting at the Delhi borders since November last year demanding the repeal of the three farm laws passed by Parliament in September last year. They claim that these laws favour corporate houses and will hurt their earnings.

• The government, which has held multiple rounds of talks with the farmers in a bid to break the deadlock, has rubbished all the allegations, saying the farmers are not receiving correct information regarding the landmark reforms. It has also accused the opposition of spreading misinformation. 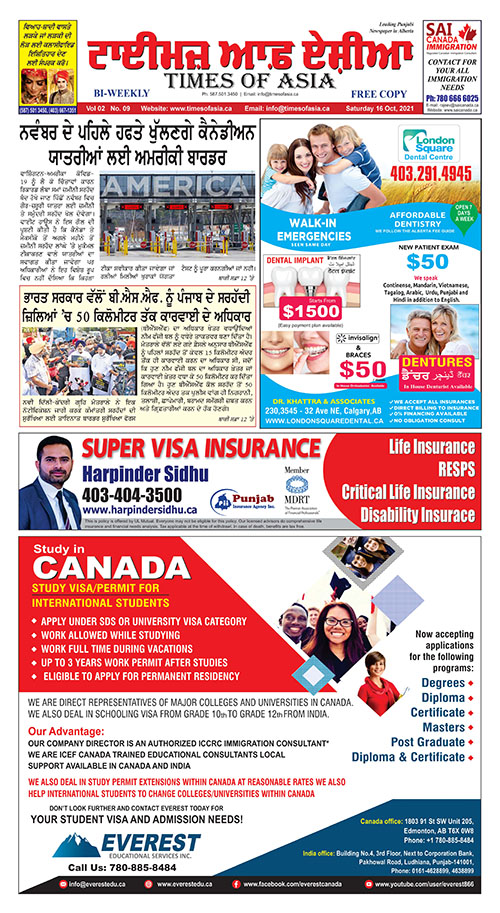